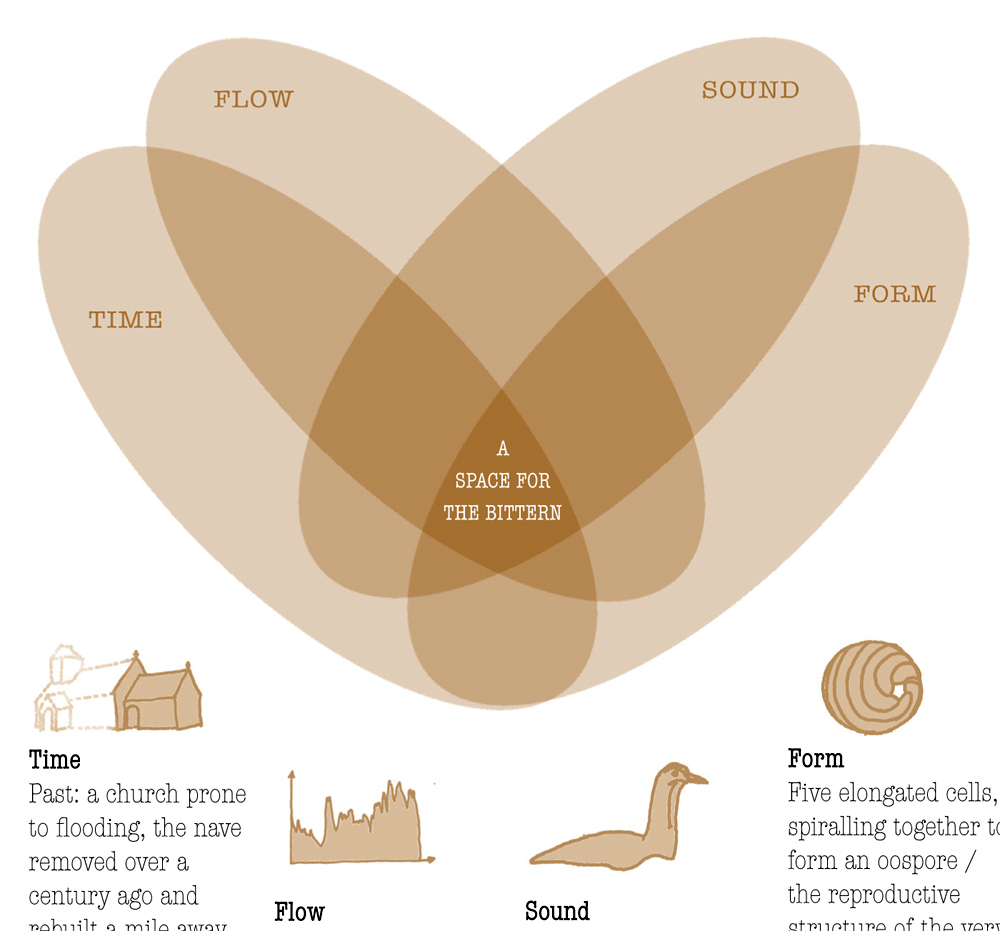 It was only in the last couple of weeks leading up to A Space for the Bittern that I found myself travelling back to my school math classes, exploring the workings of venn diagrams once again. I always loved these diagrams, because of the way that they work on two levels simultaneously: first, visually, you get an instant instinctive grasp of the relationships between the components without having to understand them; second, intellectually, as you start trying to work out, one by one, what each of the different overlaps actually means. I came back Venn‘s creations as they offered a way of trying to visualise the relationships between the objects (and here I am including the videos and sound as objects) in the exhibition. A Space of the Bittern can be seen as a ‘theatre of objects’ with the venn diagram (which was on the exhibition guide, a detail of which is shown here) mapping out the stage. As for the play, that takes place in the visitor’s mind, each one slightly different. A posthumous thanks to John Venn. 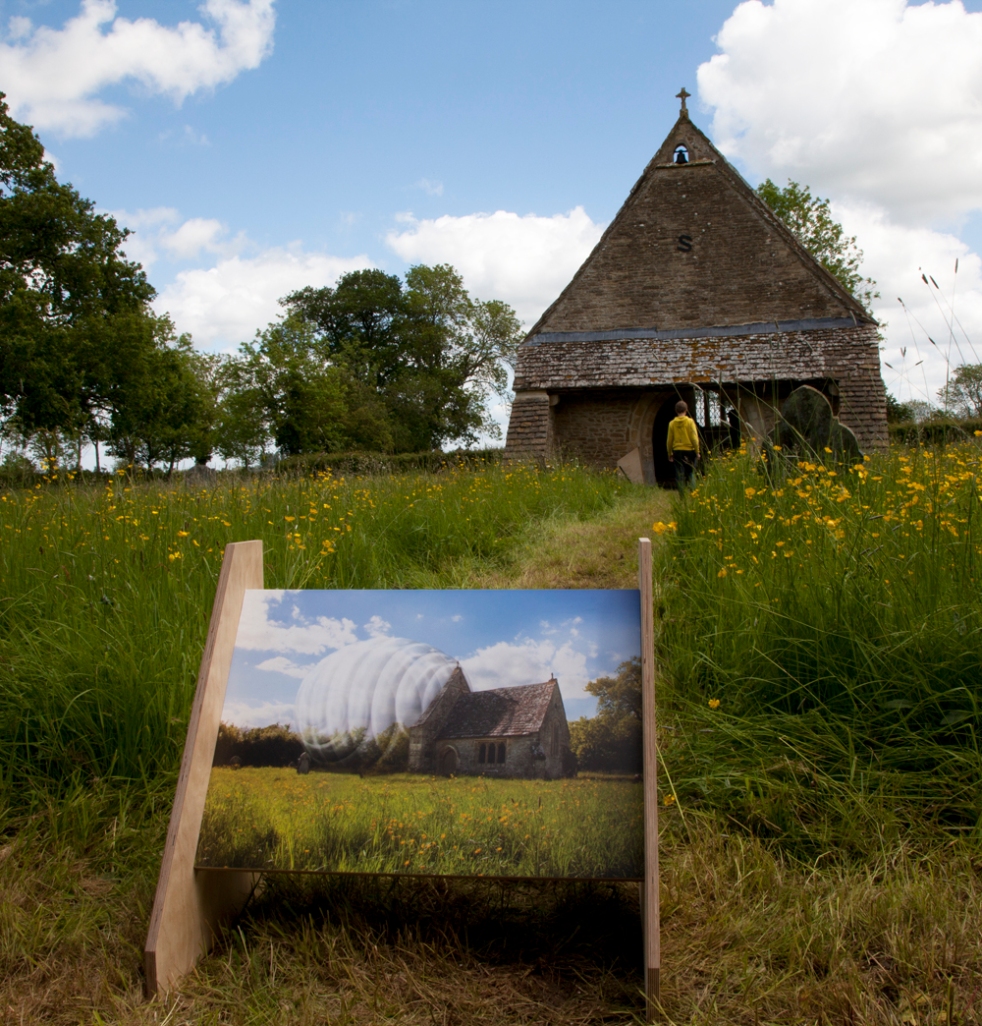 A final image from ‘A Space for the Bittern’, and a thank you to the more than 100 people that came to see the installation at Waterhay (on a weekend of unpredictable weather) and to the more than 200 of you who have come across it through this blog. I know that some of you who came were expecting to see the inflatable structure actually in place; but that was not all that you missed, there was the procession too. This missing, being slightly out of time, too early for somethings too late for others, was intentionally embedded into the whole project. It was interesting how this image changed when viewed in the space that it represented. Positioned at the west end of what was once the nave of the church and inside the space that would be enclosed by the inflated membrane, the imaginary structure took on a new resonance, almost as if by not being there it became stronger in peoples’ minds. I had my expectations confounded too, with comments such as “looks as if it has been generated by sound waves” and “I would love to hear the sound of the rain falling on it” Thank you. 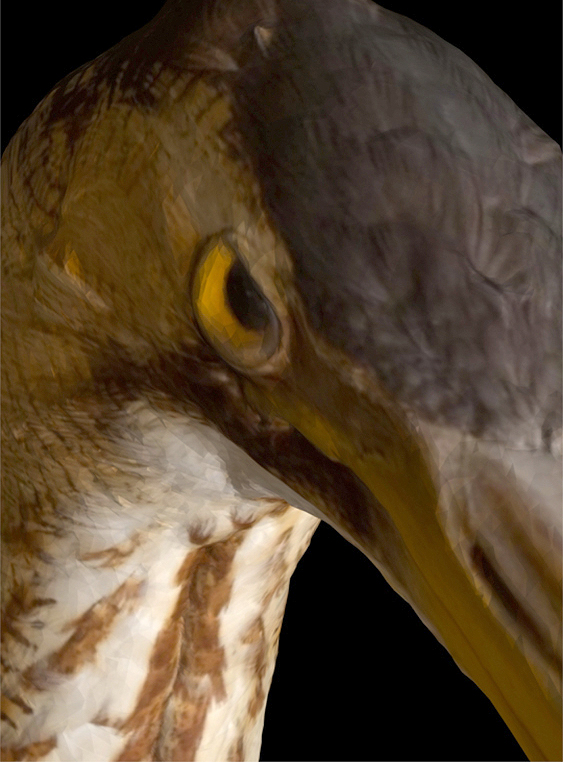 In answer to the question posed here, yes, the bittern did make it into the exhibition. It featured on the ‘decoy’ video mentioned in the previous post. 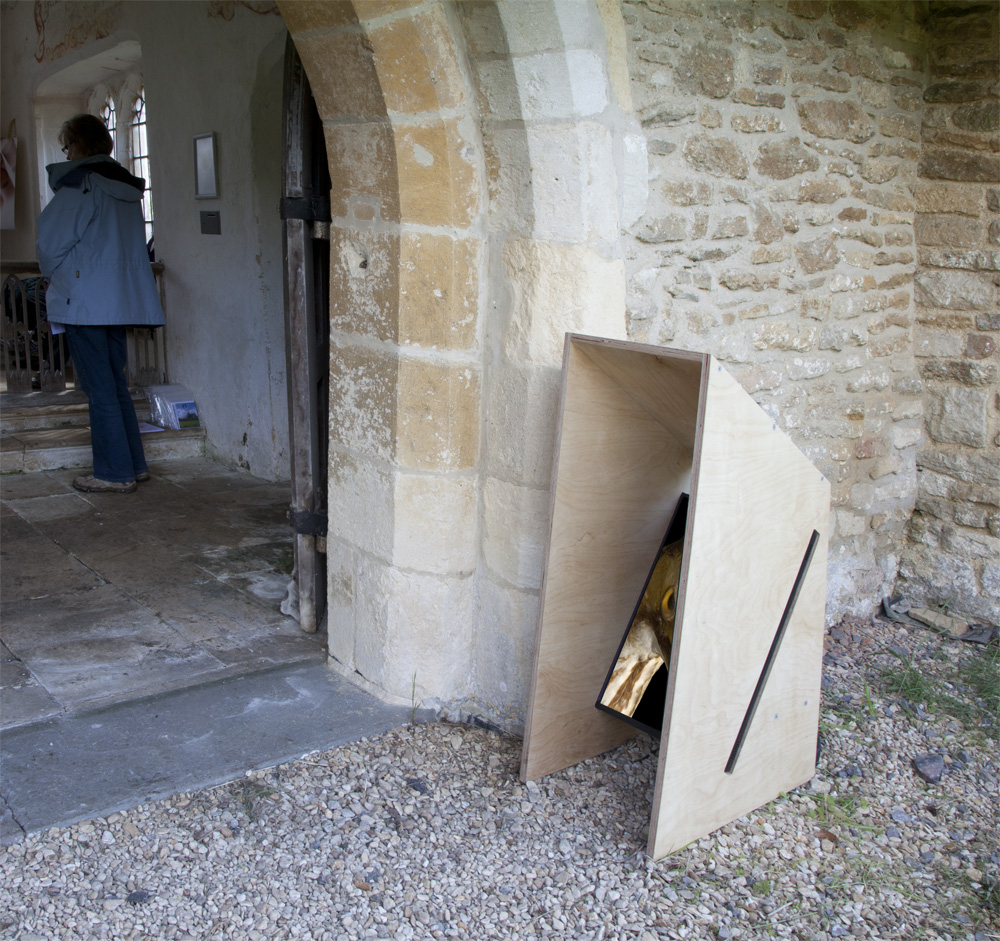 At the eastern entrance to the chancel, in the vacated nave space, a thin cabinet in which the ‘decoy’ video played. Decoys are all surface and outline, the internals don’t matter. 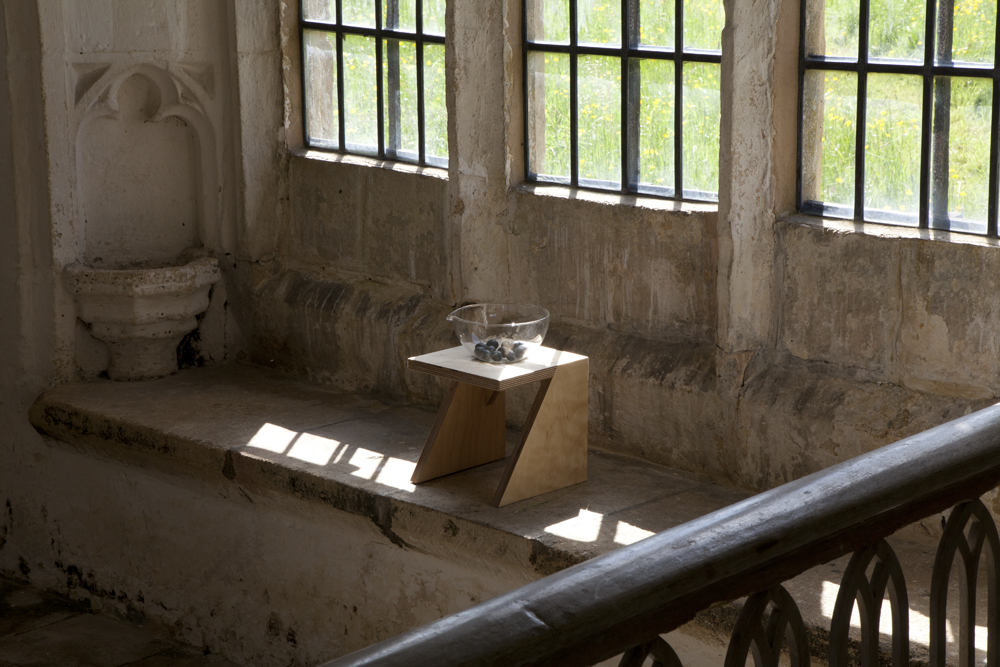 In front of the side window, placed on a small wooden platform, a piece of scientific glassware, an evaporation dish, in which 12 small brass oospores rested, each a slightly different shape from its neighbour. “So tactile” said one visitor, “can I take one home with me?” 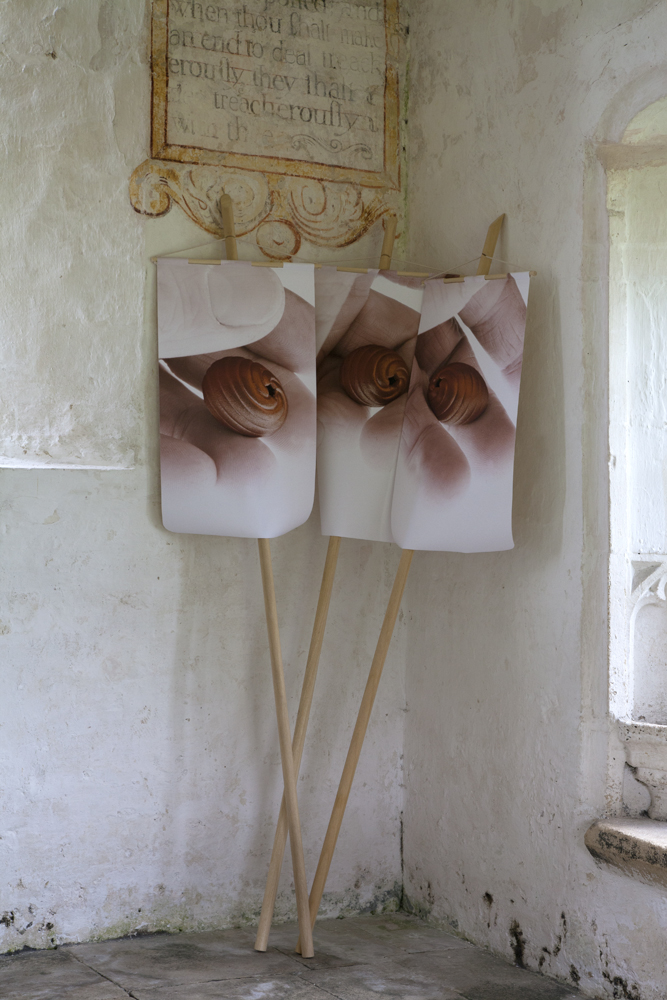 Twelve banners stood in groups around the chancel at Waterhay as part of ‘A Space for the Bittern’. An event just missed, or for one to come? Remnants of a procession, but a procession for what? And now they stand in the studio waiting for their next location. 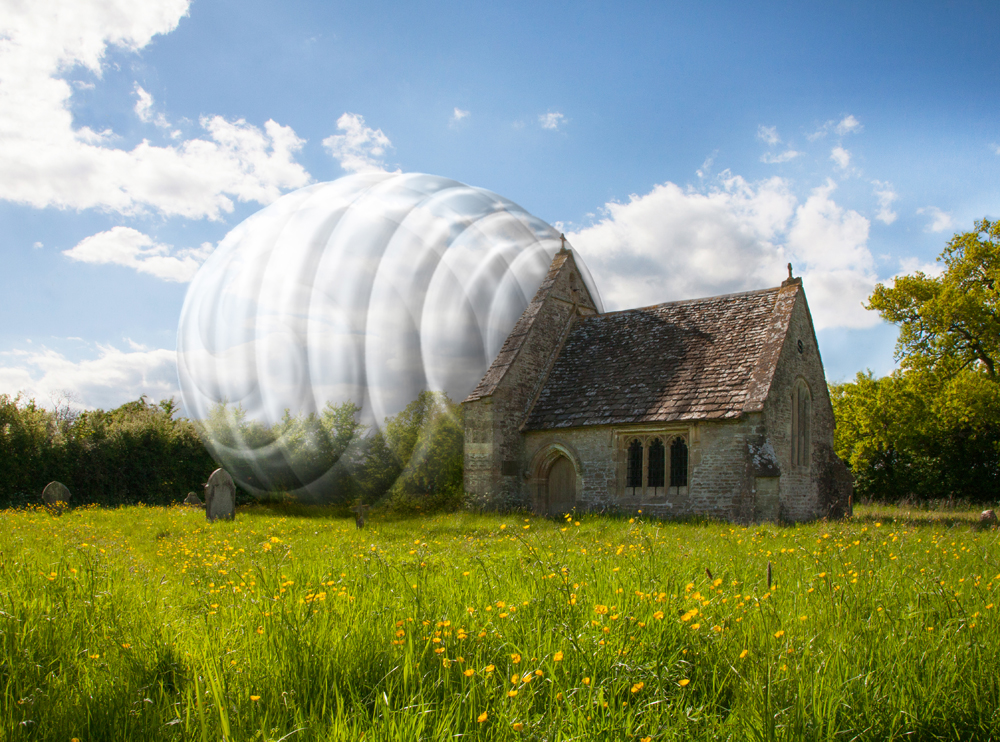 This event at the weekend went really well and thank you to all those who came to see the exhibition. The chancel in its meadow is a quite magical place, and I was happy to have the chance to entice others there to enjoy it. For me Space for the Bittern is a turning point; it feels like one of the most accomplished projects I have produced to date. It was interesting talking to so many people about the work, and as usual I learnt so much from this than I felt I offered. I will be putting the documentation on the artnucleus website soon. I am still coming down from the weekend, and owe my family some time.